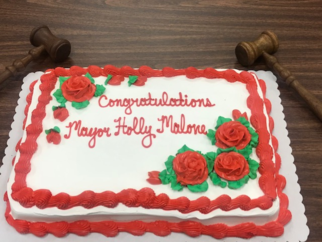 On March 1, 2018 Mayor Holly Malone served as Arbyrd's Mayor For a Day.  Holly spent the morning leading a City Council Meeting with the Aldermen and city employees.  She received letters from State Senator Doug Libla, US Senator Claire McCaskill, and and an uplifting phone call from Congressman Jason Smith.  She was also doing a lot of stuff Mayor Wilson doesn't have a clue about (Tweetering, Instafilming, Facebooking, and whatever else) 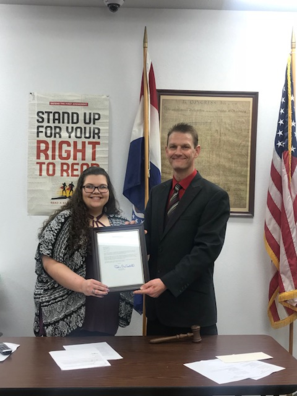